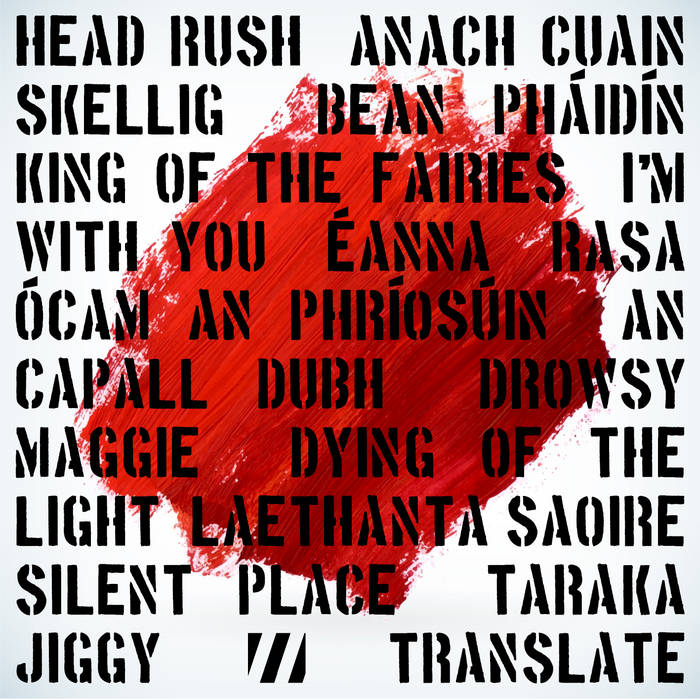 tom wellstead This is a great step forward in Irish/any music “dying of the light” is a breakthrough. Favorite track: Dying of the Light.

What they say about Jiggy:

“New Irish band Jiggy puts some serious pep in the step of traditional
Irish Music.”
Irish Central
​
"this is a full-on, full-tilt, multi-coloured, monster céilí boogie."
State Magazine
​
“Listening to ‘Translate’ is a breathless, euphoric, spiritual experience that gets into your head and immediately mainlines to the rest of your body.”
Ceol Caint

"it's an amazing album that immediately gets in your head & then
moves to everywhere else in your body"
8Radio
​
"Jiggy have created one of the most adventurous, experimental and
imaginative Irish albums of 2017."
Remy Music
​
"Jiggy are a band who delved deep into their inspirations but also expand upon them, which can be hard to do. However, Jiggy move past this and deliver a truly enchanting introduction that speaks through sound."
The Last Mixed Tape

Jiggy continue the tradition of their musical ancestors while bringing a whole new exotic flavour to the table, more of a collective than an orthodox band, Jiggy’s mercurial line up mixes and melds Irish traditional music, world rhythms and cutting-edge dance grooves. Jiggy took the internet by storm with their video ‘Silent Place’ to date it has clocked up more than 35 million views. ... more

Bandcamp Daily  your guide to the world of Bandcamp

Tasty gems from around the world, plus interviews with Kaitlyn Aurelia Smith and Nick Hakim.